In the digital age, maintaining a social media presence is everything when it comes to maintaining a brand. And that also goes for celebrities and their personal brands. You might think it's easy for celebs to gain large followings, but that's not the case for everyone, and many celebrities have been accused of having fake followers on social media.


Obviously, on mainstream social media sites like Twitter, Instagram, on Facebook, not all of the accounts posted are real. It would be nearly impossible to verify every single one of the accounts. But it might surprise you just how easy it is to access these fake accounts — and use them to beef up your "followers" list on your page.

Today, female Zambian Rapper "Bombshell" has made 1,000,000 followers on Instagram, but, according to investigations done by ZambianMusic.net, it has been confirmed that, the beautiful sexy husky voiced rapper has been buying faker followers since the year 2020 when her Instagram account had just reached 140,000 followers.

According to the screenshots below (plus many others that we reserved), 87% of Bombshell's intagram followers are from Brazil and India - and the reason is so simple. Across the world, Brazil and India has some of the most active users on Instagram, and so software developers have designed so many fake accounts also referred to as "BOT FOLLOWERS". 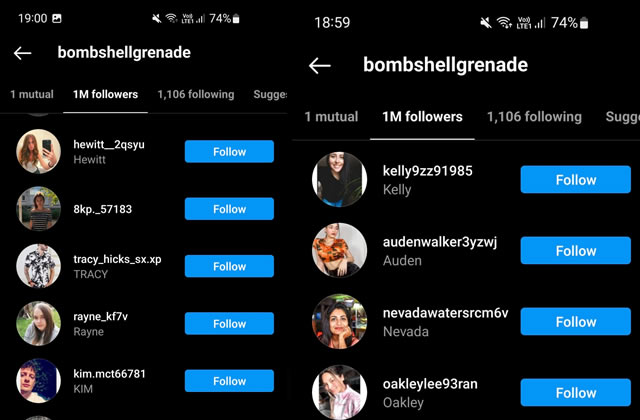 What / Who Are Fake Followers ?
As the name implies, fake followers are profiles on social media that are used by other accounts to give a false impression of how 'real' or important they are. And while some are ghost followers that don't interact or engage, others are bots that do automated functions like retweeting, sending friend requests, or posting fake comments and replies. 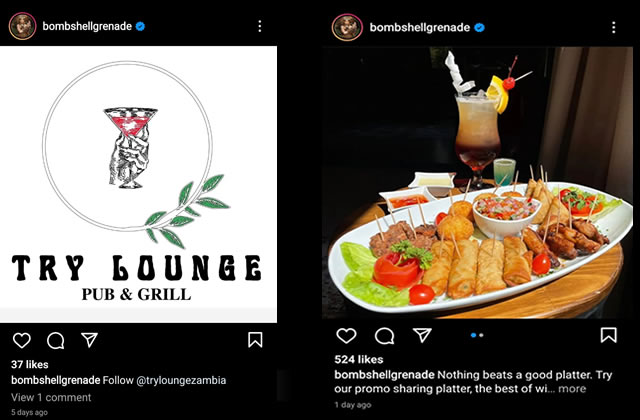 Bombshell Must Explain To Us
Why would someone with a million followers attract less than 37 likes on her instagram posts?
Why are most of her likes and followers come from Brazil & India?

If Bombshell doesn't explain to us, then we shall conclude by saying, she has paid alot of money so as to prove to us that she's the biggest celebrity in Zambia.